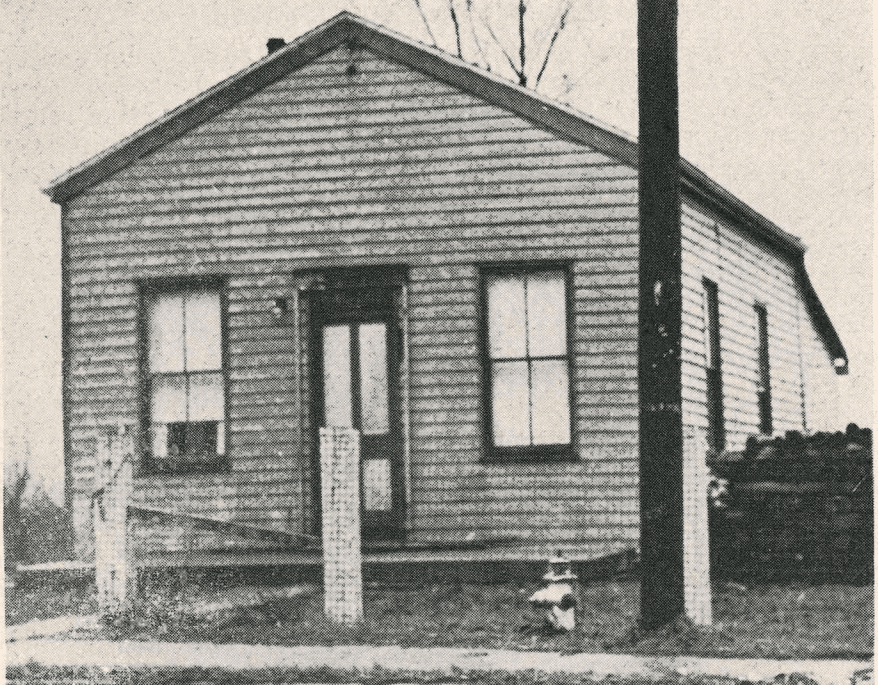 1882: The first one-story school building was constructed for the St. Joseph Orphanage(what is now the same location as the Disable American Veterans Building at U.S 27).

1892: A second larger two story parish school was constructed on the church property which took the place of the original school,

1928: A site about a quarter-mile south of the church was selected for what would be the third school. The one-story, four room brick building was completed in 1929 and still stands today. This school building served as the only parish school and events hall until the late 1940s.

1949: Ground was broken for the fourth school; a new building that would house classrooms and an auditorium.gymnasium. The finished building was to house 215 students.

1953: An addition with several more classrooms was constructed. The addition was also built to serve as living quarters for the Sisters of Notre Dame who taught at the school.

1956: The school had 528 children, 10 sisters, a kindergarten and the first lay teacher, Ellen Kramer.

1986: Ground was broken for Phase I of two additions to the school. During Phase I some classrooms, a computer room, and a new library would be added.

1990: Ground was broken for Phase II. This included more classrooms and a new cafeteria/parish hall.

1991: The new Memorial Hall was dedicated by Bishop Hughes on April 28th. The original school building built in 1928 became home to Kindergarten.

Our mission is for our students to embrace the gospel message, to be and do their best,
to be lifelong learners, and to live their Catholic faith.